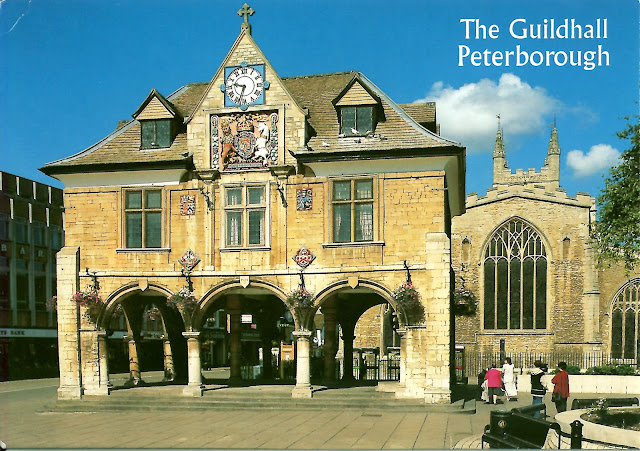 According to Wikipedia, Peterborough's magnificent 17th century Guildhall was built shortly after the restoration of King Charles II. It is supported by columns to provide an open ground floor for the butter and poultry markets which used to be held there. The market place was later renamed Cathedral Square.

Guildhall was also known as Butter Cross (also Market Cross). In Wikipedia, a market cross is a structure used to mark a market square in market towns, originally from the distinctive tradition in Early Medieval Insular art of free-standing stone standing or high crosses, often elaborately carved, which goes back to the 7th century.

Originally, Guildhall was also used as civic offices aside from being a market place. It was built by John Lovin, a master mason of Peterborough. For more on Guildhall visit the Peterborough Hidden Heritage website.